“A new award introduced this year, the Music Group 2022 goes to Skara Brae. Skara Brae’s emergence in the early 1970’s rejuvenated an interest in Irish traditional singing at a time when it was in danger of dying out. They produced a unique, ground-breaking sound which challenged the traditional view of sean-nós singing but remains fresh and innovative to this day. Skara Brae are sisters and brother Tríona, Maighread and Mícheal Ó Domhnaill (1951-2006) and Daithí Sproule. Skara Brae’s distinctive sound is rooted in the tradition whilst also taking inspiration from emerging pop and folk acts of the 1960’s such as The Beatles, Bob Dylan, and Joan Baez. A new, young emerging audience were grabbed by Skara Brae’s raw, edgy, fresh sound and their 1971 album continues to inspire generations of traditional Irish singers and musicians to this day.”

The awards ceremony will be aired live on Easter Sunday, 17th April from Dublin’s National Concert Hall on TG4. 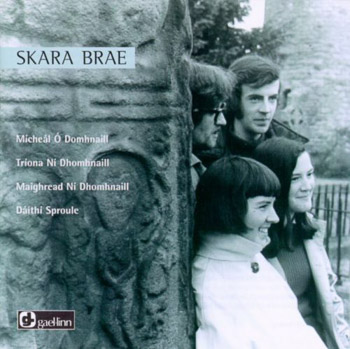