One hundred years after his passing, a weekend festival in his hometown of Ballinasloe celebrates Dinny Delaney, a unique character in the story of Ireland’s most distinctive musical instrument.

“For our inaugural festival we are delighted to host a concert featuring the towering talents of Paddy Keenan and Tríona Ní Dhomhnaill.”

Paddy and Tríona first worked together as essential members of the The Bothy Band, a group who forever changed the face of Irish traditional music. The band had a reputation of fearsome live performance: one reviewer likened the experience to “being in a jet when it suddenly whipped into full throttle along the runway. Traditional music fans everywhere will appreciate that this is a concert not to be missed. For the Dinny Delaney Festival Tríona and Paddy will be joined by Siobhan Peoples on fiddle and Cyril O’Donoghue on bouzouki. Other pipers performing on the night will include Néillidh Mulligan, Leonard Barry, Blackie O’Connell, Pat Broderick and Eoin O’ Riabhaigh. 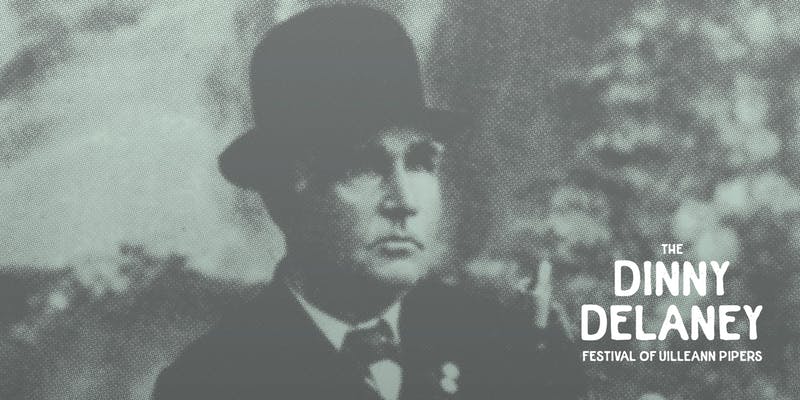